I just wanted to share a little bit about a WONDERFUL book that I just finished reading called Love and Gelato, by Jenna Evans Welch.

The story takes place in Florence, Italy with a girl, Lina, who has just had her mother die a few months ago from pancreatic cancer (and let me tell you the first two pages are serious tear jerkers- I never knew I could love a character in just a few pages and then discover that they die). Anyway, Lina goes to Italy because she promised her mother before she died that she would. It turns out that her mother actually studied photography at a school there when she was younger and fell in love. That is eventually where Lina came along.

The story is full new beginnings, old memories, and paths that lead to the road of growing up, as Lina and Ren hunt for the truth but hit a few bumps along the way. It is a beautifully touching page turner and I recommend that everyone picks up a copy.

The whole book is just absolutely lovely. Most people don’t use that word on a regular  basis, but it truly describes this book. I have not only fallen in love with the characters, but I have also fallen for Italy. (So much so that I now want to visit and have started learning Italian… haha).

I don’t want to give too much away, but please read it if you get the chance to do so. It is WONDERFUL. 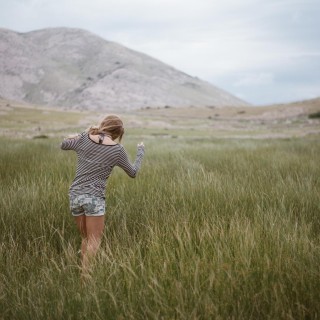 I'm Alex! I'm a writer, a fighter, and a fly a little higher girl! My passion is writing and I love being able to write fictitious stories as well as being able to share my life on my blog.